The U.S. Bishops Conference (USCCB) has announced the kickoff of National Marriage Week Sunday in “defense of marriage as a lifelong union of one man and one woman.”

“Each year, National Marriage Week USA and World Marriage Day provide an opportunity for the Catholic Church to focus on building a culture of life and love that begins with supporting and promoting marriage and the family,” the USCCB website states. 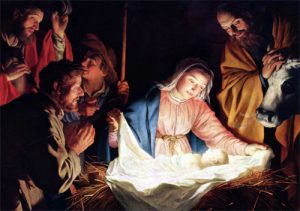 The theme for National Marriage Week 2021, “To Have, To Hold, To Honor,” was announced by San Francisco Archbishop Salvatore Cordileone, chairman of the Bishops’ Committee on Laity, Marriage, Family Life and Youth.

Last October, Archbishop Cordileone reiterated Catholic teaching that civil unions “can in no way be equated to marriage, which remains unique.”

“I would add that a civil union of this type (one which is not equated to marriage) should be as inclusive as possible, and not be restricted to two people of the same sex in a presumed sexual relationship.”

“There is no reason, for example, why a brother and a sister, both of whom are unmarried and support each other, should not have access to these kinds of benefits,” he added.

The archbishop noted that marriage is “unique because it is the only institution that connects children to their mothers and fathers, and therefore is presumed to be a sexual relationship.”

“The nature of marriage, the place of sex within a virtuous life, these great teachings of the Church come to us from God, are illuminated by reason, and do not change,” he said.

In his 2016 letter about marriage and the family, Amoris Laetitia (the Joy of Love), Pope Francis similarly asserted that “there are absolutely no grounds for considering homosexual unions to be in any way similar or even remotely analogous to God’s plan for marriage and family.”

“It is unacceptable that local Churches should be subjected to pressure in this matter and that international bodies should make financial aid to poor countries dependent on the introduction of laws to establish ‘marriage’ between persons of the same sex,” he wrote.

This year’s retreat for National Marriage Week features reflections on aspects of married life rooted in Sacred Scripture and the promises couples made to one another before God on their wedding day.

National Marriage Week USA, launched in 2010, “is part of an international event seeking to mobilize individuals, organizations, and businesses in a common purpose to strengthen marriage in communities and influence the culture,” the bishops’ website states.